The Art of Storytelling

Headline Strategies is the nexus of story building and storytelling, built on the unprecedented journalistic track record of founder and president, Clive Jackson.

He offers strategies, workshops and advice to companies and organizations on: 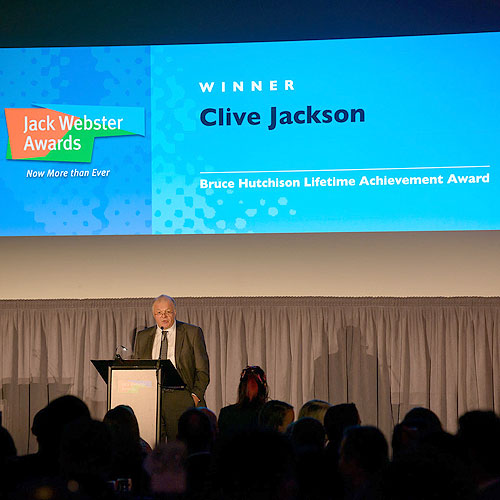 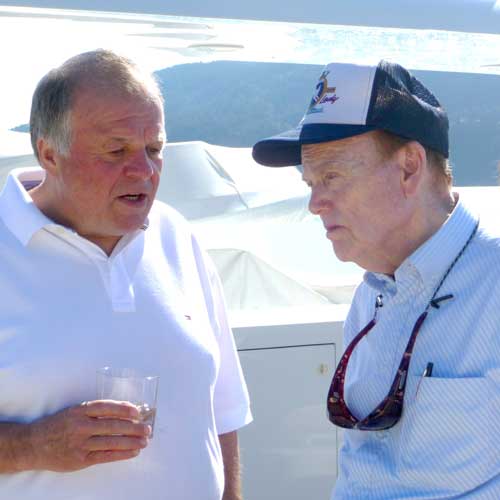 As a Gemini-award winning journalist with 50 years of experience in the news media, Jackson spent 25 years running the assignment desk at GlobalBC, helping to maintain one of the largest local newscasts in North America. During his run at the helm, GlobalBC's signature News Hour maintained an unparalleled 3:1 ratings dominance over its nearest competitor for more than 40 years.

Jackson cut his teeth on newspapers in Britain - local, evening and then daily - working for the Daily Mail (circulation two million) on Fleet Street, where his stories made headline after headline, breaking royal scandals, bringing down corrupt politicians, exposing criminal behaviour and - in complete contrast - even covering the annual Wimbledon tennis championships. He reported from all over Europe.

Moving to Canada in 1977, he worked for The Vancouver Province, then helped to transform The Vancouver Courier from a weekly into a daily newspaper. He joined the News Hour team a year later.

Before going onto the pivotal assignment desk to shape GlobalBC's News Hour, Jackson spent 10 years in front of the camera reporting from across the province and around the world. From representing the underdog to showcasing political wrongdoing, to breaking news stories and shooting powerful features. He always understood the power of a good story and how to captivate the imagination of his diverse viewers.

No matter his role – writer, newspaper reporter, TV journalist, newsroom managing editor – awards and success have followed in Jackson's wake. Notably, he has been honoured with awards for Excellence in Journalism from the British Columbia Association of Broadcasters (BCAB), as well as Can Pro, the Radio-Television News Directors Association of Canada, and the Jack Webster Foundation. He was just named Broadcaster of the year by the BCAB and was given a Lifetime Achievement Award by RTNDA Canada. In October 2018 Clive was awarded the prestigious Bruce Hutchison Lifetime Achievement Award by the Jack Webster Foundation.

And his legacy is measured in more than ratings. At Global, he helped raise five million dollars from viewers and governments in just 96 hours to replace tens of thousands of trees blown down after a massive storm in Vancouver's Stanley Park in 2006. He also played a key role in helping Vancouver Children's Hospital raise their goal of half a billion dollars to build a new hospital, currently under construction.

Clive Jackson is now focused on Headline Strategies to help clients large and small understand every facet of authentic and successful story building and storytelling - from message development, to strategic outreach, to media relations, to public engagement, to crisis management.‎ He has contacts in every walk of life throughout British Columbia. Headline Strategies is positioned to be your one-stop-shop for multi-platform story creation. Jackson believes everyone has a good story to tell: It just has to be discovered.