I am also able to call on the services of: 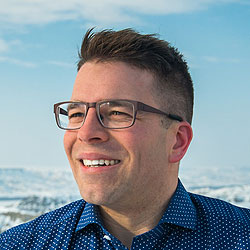 Simon Jackson is a storyteller and movement builder who has dedicated his life to finding a better balance between the needs of people and nature.

At the age of 13, Simon founded the Spirit Bear Youth Coalition in the quest to unite the voice of young people to save Canada’s endangered white Kermode or spirit bear. Through the Youth Coalition, Simon led the campaign that helped raise international awareness about the plight of the rare bear, building the organization into the world’s largest youth-led environmental movement, with a global network of more than 6 million in over 85 countries.

After almost two decades of work, the spirit bear is now saved, with its last intact habitat having been set aside from development through one of the largest land protection measures in North American history.

Simon has received several honours for his work to save the spirit bear, including being awarded Queen Elizabeth II's Diamond Jubilee Medal, being named as one of the 100 Angels of the Earth by UNESCO and, most notably, being honoured as one of Time Magazine’s sixty Heroes for the Planet – one of only six young people selected from around the world. His life’s work was the focus of an internationally televised movie, Spirit Bear: The Simon Jackson Story.

Today, Simon is focused on advancing nature literacy as the co-founder of the Ghost Bear Institute. Its signature project, Nature Labs, is working to provide thousands of Canadian high school teachers with the critical resources they need to help hundreds of thousands of students understand why nature matters.

Simon also remains committed to bettering our public discourse as a member of the Headline Strategies team, helping enhance storytelling for clients from visual story production to hosting and product delivery. He led Banff Centre for Arts and Creativity’s leadership program Hope Decoded, while bringing together diverse voices for ALT/Now – a social residency focused on finding market-based solutions to economic inequality. Simon was the driving force behind telling the story and mobilizing the public for the BC government’s Year of Science education program and has helped launch new movements, including CoalitionWILD – a mentorship-focused environmental innovation incubator.

As a board member, Simon has contributed to the success of numerous non-profit organizations beyond the Youth Coalition, including the Jane Goodall Institute, DreamNow, the International Institute for Child Rights and Development and The WILD Foundation.

Simon is an accomplished motivational speaker with agency Speakers’ Spotlight, having delivered hundreds of speeches to audiences around the world, and is an award-winning photographer and a widely published writer. He has contributed images and chapters to eight books – including co-authoring the book A Geography of Hope: Saving Primary Forests – and has served as a columnist for CBC and the Huffington Post. Simon’s writing led him to being named a Fellow of the International League of Conservation Writers.